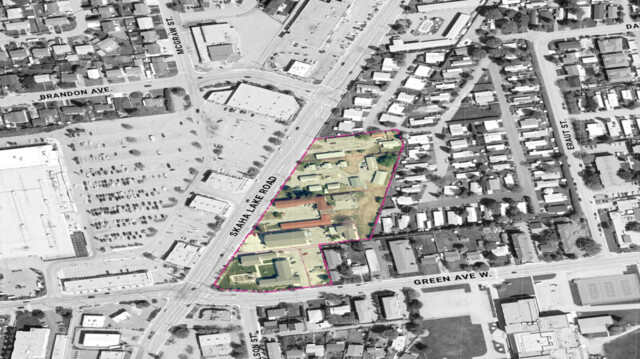 Penticton council is eager for quick action on a BC Housing project aiming to replace motels with low-income housing on Skaha Lake Road.

It involves the Meadowlark Motel, Sun Valley Motel and Mayfair Motel, all in the 2000 block of Skaha Lake Road, which were bought by the provincial body for $7.9 million in 2021, along with Skaha Sunrise Apartments.

The existing occupied 103 units have reached the end of their lives, so BC Housing is hoping to redevelop with increased density where appropriate to offer affordable rental housing for singles, families and the low-income workforce in Penticton, as well as seniors and persons with disabilities.

They are currently working toward an early engagement period with current stakeholders, the Penticton Indian Band and tenants, then plan on concept work over the summer, and wider public engagement in the fall.

“We estimate that in 2023 we will be able to take applications and start the municipal approvals process,” said BC Housing representative Joanna Tung, adding that construction when it begins will be done in phases to disrupt tenants as little as possible.

A final completion date can’t be predicted at this time, Tung said, as that will in part depend on how quickly the municipal permit process proceeds.

Council seemed enthusiastic about the project.

“I think that there is a level of urgency, you know, to find suitable housing replacement housing for the current tenants, because from the feedback that I’ve got from various service providers, is that the conditions in some of those units are less than ideal,” commented Coun. Julius Bloomfield, referring to the run-down nature of many of the existing lodgings.

“The project is so desired, and we wait patiently, but not patiently, because it’s so needed,” Coun. Judy Sentes said.

“We’re looking forward to the project to put shovel in the ground … the sooner the better, please. Because we need that type of housing in the City of Penticton,” Mayor John Vassilaki said.

Tung thanked council for their time, and offered to return should they wish during the spring and summer consultation and planning periods for further updates, ahead of bringing the finalized proposal before council in the fall for consideration.

Opinion: The ideal portfolio to survive a bear market